This summer, if you’ve been browsing through fashion publications or going through the Instagram feeds of celebrities, you’ve probably seen that a Crochet Bikini is the hottest trend this season. Crochet string bikinis are everywhere right now – they are being offered at the biggest known high street stores, and even celeb royalty like Kylie Minogue has been spotted sporting a trendy micro crochet bikini. Alternatively, if you like to wear a swimsuit rather than a bikini, don’t worry — there is plenty of inspiration for you too! 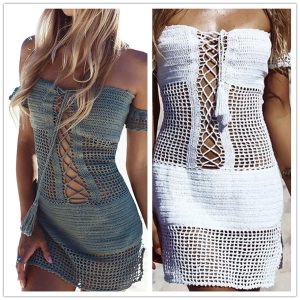 In contrast to most crocheted bikini’s we’ve seen this season, neutral colours are the top choice for the two-piece swimsuit. Although bikinis are considerably smaller than swimsuits, they may be more suitable for an eye-catching colour; nonetheless, a bikini in a vivid pink may bring you extra attention.

Crochet has unquestionably become popular this season, and it’s beautiful to see this on the high street and even on reality tv.  This is obvious: pastel colours, particularly purples, greens, and blues, are all the rage on summer catwalks. They also served as inspiration for the creation of the newest range. You’ll be the talk of the shoreline in your gorgeous crochet bikini, no doubt about it. However, crochet isn’t just for swimsuits this season; it’s also for hats and scarves. Crop tops and one-colour dresses are also quite popular right now.

Having a skirt and bikini top in a single colour makes a statement, which is especially true for that stunning appearance. According to the latest trends, fashion models are wearing fitting dresses in vibrant colours like fuchsia, which can be worn both during the day or at night. So go ahead and choose your favourite holiday colour and look forward to getting to the beach.

A little History about the humble Bikini

Sixty years ago, the world’s first bikini made its premiere at a seaside fashion show in Paris, marking the beginning of a new era in summertime fashion. The bikini is now so commonplace that it’s hard to appreciate how stunning it was when it first appeared on the scene.

When the bikini was initially introduced in 1946, this was by no means the first time a woman appeared in public wearing such a revealing outfit. For example, in the 4th century, Roman gymnasts donned bandeau tops, bikini bottoms, and even anklets, all of which would be equally at home on the shores of California today. 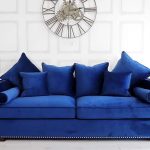 5 Creative Sofa Designs For Your Living Room From Nicky Cornell 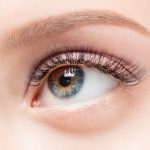 How to Choose Your Hair Topper

A handbag for every occasion