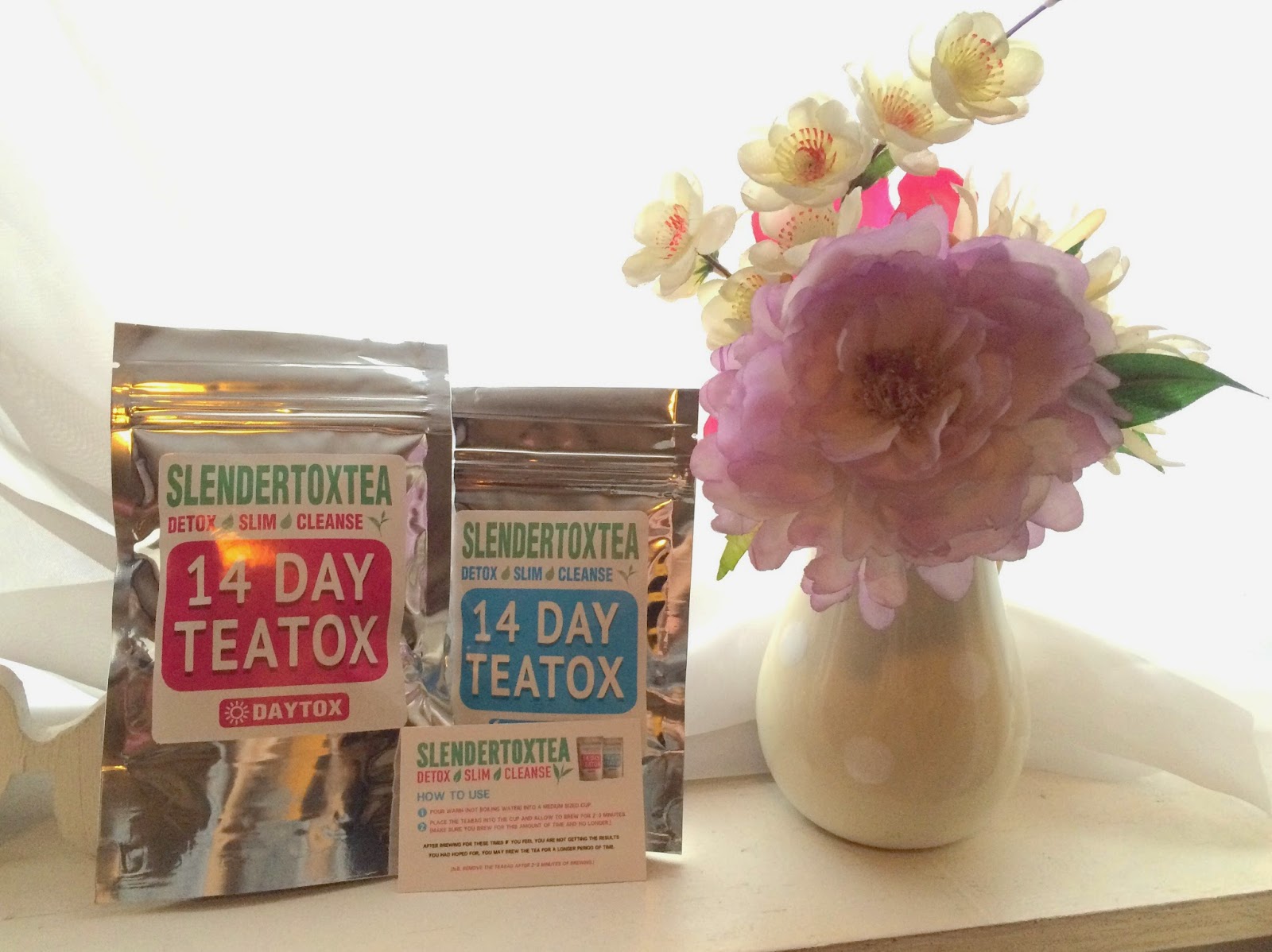 Slendertox Tea is a herbal detox tea which can be found online, promising to detox, slim and cleanse the body (perfect for after a food and alcohol heavy few weeks!). At the beginning of the year, I was gifted the 14 day detox comes with 14 daytime tea bags and 7 for evenings – to be taken one every other day. If I’m honest, I’d completely forgotten that it was in my bedroom so started it mid-way through January and just finished!
I’ll begin this with the taste, as its one of the most important factors. The daytime tea is fairly typical of a herbal tea, although a little sweet and strong which I enjoyed. There is no flavour, really, so its quite similar to just drinking a green tea. If you want to sweeten it, I’d advise using honey or cinnamon as these worked best for me rather than nasty sugar! The night time tea is quite relaxing and calming. I personally found it minty but subtle. Neither of these were unpleasant and they were enjoyable to drink!
So the advised times to drink the tea is as soon as you wake up and a few hours before bed. I’ll admit that some mornings, the daytime tea is drunk after a coffee and the evening one often taken less than two hours before bed, but I don’t think that this really made much difference. Its also very rare that I finish an entire hot drink so I only filled my mugs about 2/3 of the way.
Now, the tea definitely improved my energy levels and helped boost my motivation for university work and early mornings – I even cut right down on my coffee! Admittedly though, my eating didn’t get much healthier and I also didn’t exercise so my body didn’t change too dramatically, but it probably would have if done properly.
My only downfall with this teatox is the fact that it has a strong laxative effect at first. I read up on the website and it says it isn’t supposed to necessarily have this – but it does mention a colon cleanse. I have to admit, I did consider giving up after the first night time tea because it really wasn’t the best of mornings. Over the duration of the two weeks, I stopped leaving the night time tea to brew for so long and luckily it did stop but if you’re going to start this, start on a day when you’ll just be at home so you avoid any embarrassment!
So, recommendation? My results were impressive but I don’t think I’m quite ready to flaunt my body on the internet as I’m a long way from happy with it. I noticed that my bloating reduced after meals and my energy levels were improved but there was no inch loss which could be due to me not exercising or eating really healthily whilst teatoxing.
Share:

THE ONE FLUID BLUSHER BY MAKEUP REVOLUTION.

a twenty-something exploring the world with a double espresso and a camera.